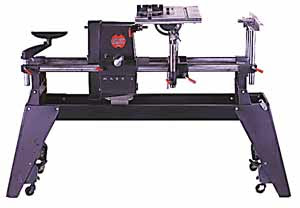 The Mark II was a step away from the costly Mark V, and was almost a "Back to the Future" move that borrowed some of the striped-down ideas used in the 10ER. Lots of stamped steel and aluminum was used, and the base "tubes" are actually painted hardwood. The feature that fools the casual Shopsmith historian is the crank on the front of the headstock. What do you think it's for? No, it's not a variable speed crank like the one found on the Mark V and Mark VII. It simply elevates the motor a bit so the user can manually move the drive belt from pulley to pulley. This tool was sold mostly through hardware stores and was marketed with a variavle speed feature under the name PowerKraft by Montgomery Wards.

Click the pictures below for a great article on the Shopsmith Mark 2. 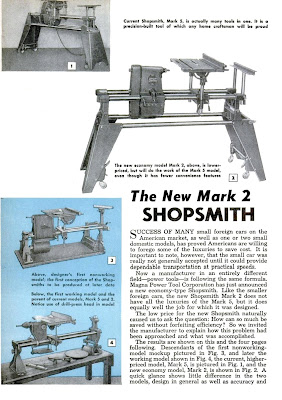 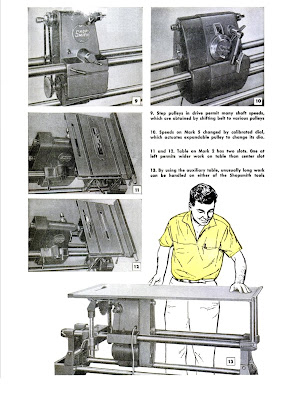 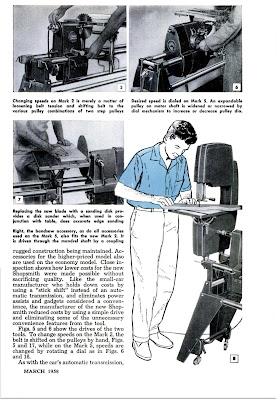 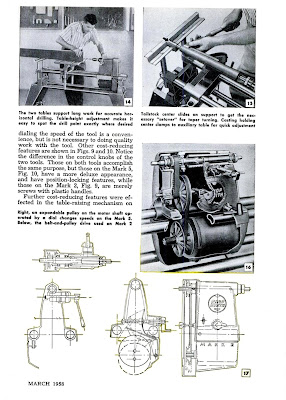 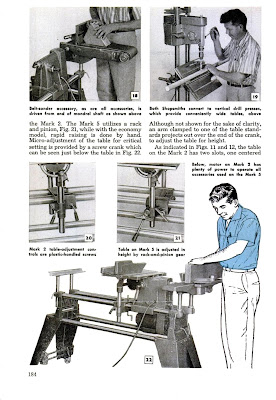 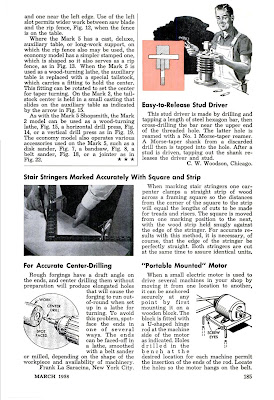