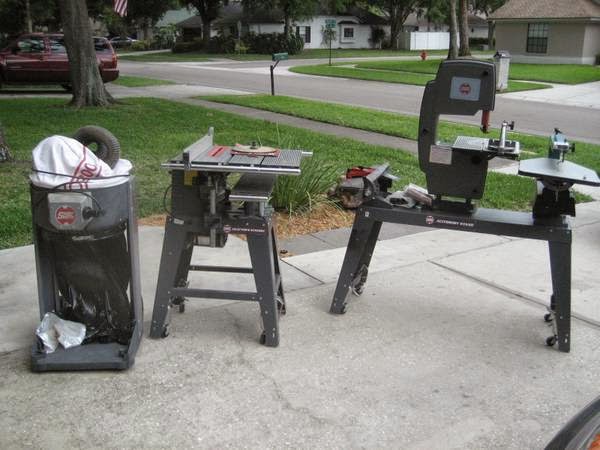 It's been quite some time since I've had anything to share on either the
Shopsmith Power Station or the Crafter's Station, but all that changed last week while we were on vacation in Florida.

As I mentioned in my Tips and Techniques for Buying Shopsmith Tools post, far and a way the best place to buy Shopsmith equipment is on Craigslist, and below I'll share my recent experience. (Please note, I do not suggest selling tools on Craigslist.  Yes, I'm conflicted.)

In the days preceding our vacation I started looking on the Orlando Craigslist for several of my common searches, including "Shopsmith", and low and behold a Crafter's Station popped-up just north of Tampa.  Now, here's where things get tricky; You see, we weren't going to Tampa, but rather to Orlando. But small details like that are not insurmountable for a determined tool-hunter like me. 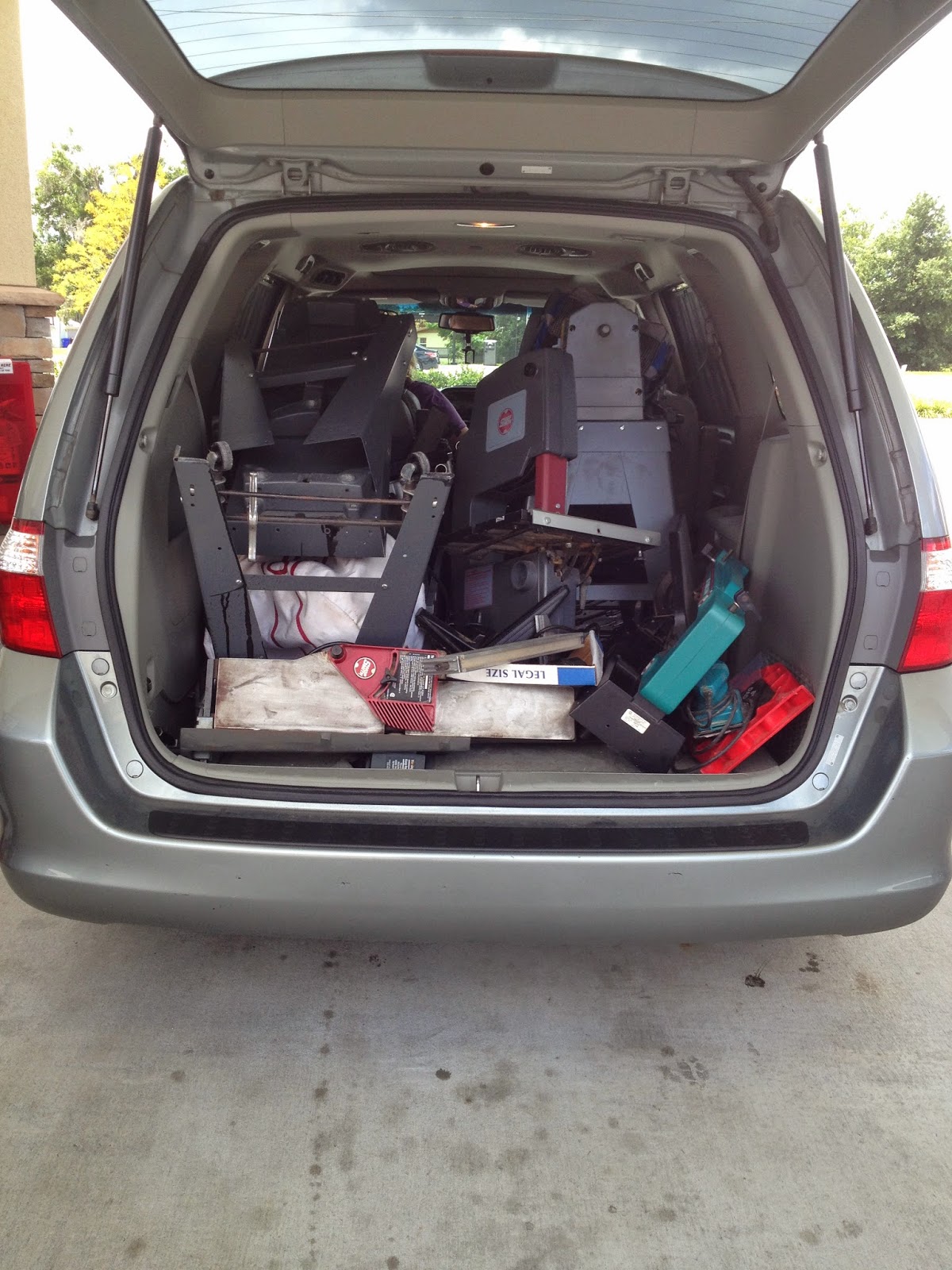 The biggest concern was that the listing was over 14 days old, so there was a chance that the tools would be long-gone, but fortunately, as we were heading South on I-95 a reply from my email to the seller proved that they were still available.

So... somewhere between High Point NC and Orlando I mentioned to my bride that there was a good chance that we'd be bringing home a few tools.  She glared at me with a slight grin and said "So THAT"S why you were so anxious to help me empty my van!"

We were able to make contact with some friends in Sarasota FL who would be available to join us for lunch on Saturday following our Friday night arrival into Orlando, so off we drove to find the address where the Shopsmith tools were. Ironically it turned out that they were no more than 1/4 mile from my Best Man's house, who was unfortunately out of town, but anyway, it was a straightforward stop, meet, negotiate and load and away we went.  We not only received the tools listed but were also given a box full of accessories, an almost new 8" Freud Safety Dado, an old Porter-Cable router, a Makita pad sander, and a heat gun!

I'll share more about this find later, but for now let me just encourage you to get out there and hunt some tools!  Spring and Summer are the best times for tool hunting, because woodworking is the furthest thing from most people's minds while cleaning out the garage is high on the list.  Do your research, play fair and good luck! Scott