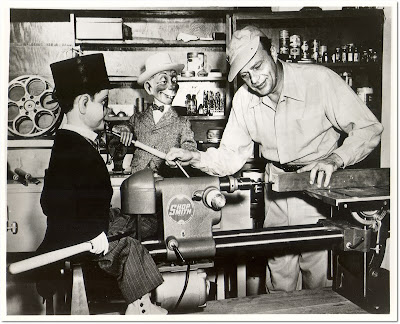 First off it’s important to know that the ShopSmith brand name has passed through several hands since it was originally attached to a machine conceived by a German immigrant to the US in the late 1940’s. Hans Goldschmidt invented the first ShopSmith tool, a 5-in-1 woodworking tool that met the demands of the burgeoning new DIY market in the USA. During and immediately after WWII many Americans who had learned new trade skills and who were becoming homeowners in record numbers were looking for outlets for their new skills and to add value to their new investment. These two factors combined to create an unprecedented need for compact and affordable woodworking tools, which is just what Mr. Goldschmidt had invented. (Hans is one of a short list of personal hero's of mine. The list also includes Ron Popeil. I know, I'm a nerd.)

The first ShopSmith tool was the famous 10ER, which combined a Table Saw, a Lathe, a Drill Press, a Disc Sander and a Horizontal Boring Machine into a single tool that took up about the same floor space in the garage as a bicycle. (The photo above shows Edgar Bergen, Charlie McCarthy and Mortimer Snerd with their Shopsmith 10er.) The 10er was sold under the ShopSmith nameplate, but it was manufactured by Mr. Goldschmidt’s company Magna Engineering Corp. of San Diego, CA. Magna sold the 10ER with much success, but never being satisfied Mr. Goldschmidt was determined to improve his popular tool. (See the Mark V way, way above) 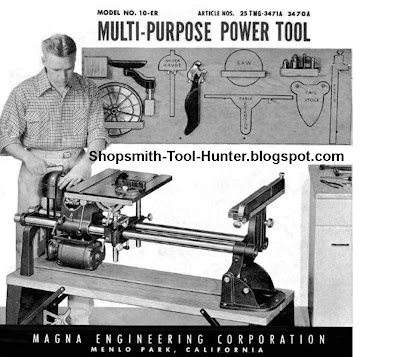 Click here now for Shopsmith 10E and 10ER For Sale

Click here to view or to purchase the US Patent Print of the Shopsmith 10ER, the first Shopsmith tool invented in 1947!