The Shopsmith Mark V was good enough for Ward 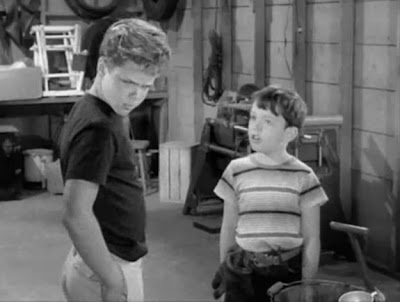 That's right, that's a Mark V on the right hand side of the garage in an early scene from the TV show Leave It To Beaver. The first photo with Wally and Beav is from Episode 7: "Water, Anyone?"

The scene with Ward is also from the first season in 1957 and is from the episode called "The State vs. Beaver".

Below is Part One of the episode "The State vs. Beaver". The Shopsmith Mark V is featured prominently in all the garage shots. 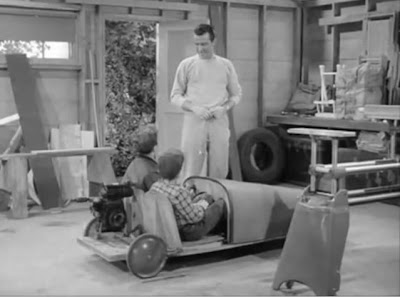